Probiotic Use in Children 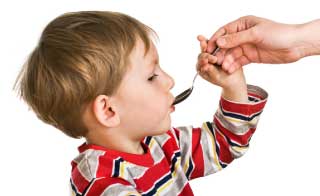 This CE activity was originally published in The Rx Consultant.  If you received credit for it previously, you cannot receive credit for it again.
A flood of probiotic products has hit the market, and consumer interest in the potential health benefits of “good bacteria” is growing rapidly. Over the 12-month period from 2010 to 2011, sales of probiotic-containing foods grew by over 30% in the U.S., with consumer spending on foods and supplements reaching nearly $1.2 billion. As early as 2007, “prebiotics or probiotics” were ranked the fifth most frequently used nonvitamin, nonmineral, natural product in children. The number of human studies of probiotics has quadrupled since 2000, with a wide range of potential therapeutic and preventive uses – including gastrointestinal (GI) disorders, allergy, and infections – being evaluated.

Probiotics are available in the U.S. as dietary supplements (including capsules, tablets, powders) and in infant formulas and dairy foods such as yogurt. Selected products are detailed on page 4. Despite increased awareness of probiotics, many consumers are confused about what they contain, what effects they have on the body, which strains or products are the best choices, and how to use them. Consumers may not be aware that, despite the growth in research, there is not yet strong scientific evidence to support many of the health claims for probiotics. This issue gives a general overview of probiotics, including common strains, safety, dosing, and current regulatory issues. Commonly studied conditions for probiotic use in children, namely acute infectious diarrhea, antibiotic-associated diarrhea, and eczema (atopic dermatitis), will be discussed in detail. The community healthcare provider is uniquely positioned to help consumers sort out the facts and misconceptions about probiotics, so they can make informed choices.
Format
This CE activity is a monograph (PDF file).