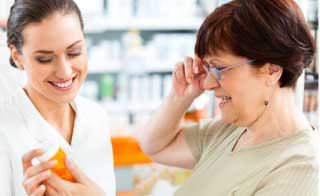 This CE activity was originally published in The Rx Consultant.  If you received credit for it previously, you cannot receive credit for it again.
A pharmacist would be hard pressed to imagine anything worse than being responsible for an error that resulted in the death or serious injury of a patient. The psychological effect alone of seriously harming a patient would be difficult for most pharmacists to live with. Couple this with the stress and anxiety of a negligence lawsuit and a regulatory investigation and action by the state board of pharmacy, and the psychological effects can be devastating and career terminating.
The profession has recognized for several years that pharmacy errors, also called dispensing errors, are a serious problem. The Institute for Safe Medication Practices, a nonprofit organization formed in 1994, is dedicated solely to medication error prevention and safe medication use. The public is also aware and concerned. In January of 1995, the NBC Network program Prime Time Live produced a segment on pharmacy errors. In 2007, the ABC Network’s 20/20 Program aired a fifteen minute segment called “Pharmacy errors: unreported epidemic?”, which highlighted a few errors that resulted in tragic outcomes.
The pharmacy profession and corporate employers have spent considerable resources in an effort to reduce the problem. Increased automation and attention to workflow logistics have most likely had a positive effect on reducing errors. Nonetheless, errors continue and always will, because humans are fallible. Every system improvement, including automation, that is introduced to reduce errors will in itself be a new source of error. This does not mean, of course, that pharmacies should simply give up. Rather it indicates that pharmacies must continuously strive for quality improvement to reduce errors to the smallest number possible.
After briefly discussing the incidence and some common causes of pharmacy errors, this article will focus on the legal and regulatory issues related to pharmacy errors. For the purposes of this article, an error is defined as any preventable event that caused or could have caused patient harm. Pharmacy errors include errors of commission, such as dispensing the wrong drug, the wrong dosage of the drug, or entering the label information into the computer incorrectly. They also include errors of omission, such as failure to appropriately counsel and failure to screen for risks such as drug-drug interactions, excessive dosages, and prescribing errors.
Format
This CE activity is a monograph (PDF file).