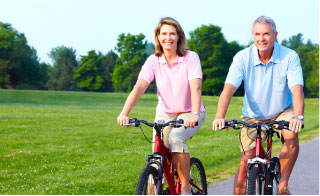 This CE activity was originally published in The Rx Consultant.  If you received credit for it previously, you cannot receive credit for it again.
Acute otitis media (AOM), characterized by the rapid onset of symptoms such as ear pain and fever, is one of the most common childhood infections. It is the leading reason for both doctor office visits (aside from well child visits) and antibiotic prescriptions for children. An estimated 60% to 80% of infants have at least 1 episode of AOM by 12 months of age, and up to 90% have had an episode by 2 to 3 years of age. Most cases occur between the ages of 6 months and 24 months. Infants with AOM during the first 6 months of life are more likely to have frequent episodes during the next few years.

In recent decades, there has been a decrease in doctor office visits for AOM. The reasons for this decline are not clear, but may include the introduction of new PCV pneumococcal vaccines, more widespread influenza vaccination (see Prevention Through Immunization, below) and public education about unnecessary antibiotic use, resulting in fewer visits for mild ear infections. More healthcare providers may also be following the “watchful waiting” recommendations that were advocated in the 2004 American Academy of Pediatrics and American Academy of Family Physicians (AAP/AAFP) otitis media guideline.

In 2013, the American Academy of Pediatrics (AAP) released a new guideline for the diagnosis and management of AOM in children 6 months through 12 years of age. The new guideline focuses on more stringent, objective criteria for AOM diagnosis. Observation rather than antibiotic initiation in selected cases continues to be emphasized in the 2013 guideline, including in selected children younger than 2 years old. The appropriate choice of antibiotic, based on the changing microbiology of AOM, is also emphasized. This issue reviews key points in the new guideline, along with the basic pathophysiology, risk factors, and prevention of AOM. Community providers have an important role in educating parents and caregivers about the best management strategies for AOM, including the avoidance of unnecessary antibiotic use.
Format
This CE activity is a monograph (PDF file).

CE No Longer Valid
Pharmacy Technicians -
Be sure your profile has been updated with your NAPB e-profile # and birth date information BEFORE completing the online evaluation, or your credits cannot be reported to CPE Monitor.
Continuing pharmacy education credit is automatically reported to CPE Monitor once the post-test & evaluation are successfully completed.