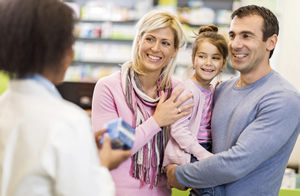 This CE activity was originally published in The Rx Consultant.  If you received credit for it previously, you cannot receive credit for it again.
In the New Drugs Part 1 issue (April 2015), we focused on 2 products for treatment of hepatitis C, 2 weight loss products, the first-in-class orexin receptor antagonist for insomnia, and a new formulation of inhaled human insulin. Because of the large number of new approvals in 2014 and early 2015, we decided to publish a second New Drugs issue this year. Even so, it was a difficult choice among many more novel agents than we could cover. New Drugs Part 2 includes the first oral peripherallyacting opioid antagonist for opioid-induced constipation; 3 antibacterials for acute skin and skin structure infections; the first-in-class interleukin 17A antagonist for plaque psoriasis; and 6 new cancer drugs.

The 3 antibacterials were approved as Qualified Infectious Disease Products (QIDPs)1 – ie, antimicrobials intended to treat serious or life-threatening infections. This designation – created in 2012 by the Generating Antibiotics Incentive Now Act, which is part of the FDA Safety and Innovation Act – provides incentives for the development of new antibiotics, with priority review and the possibility of fast-track status.2 The 6 cancer drugs received accelerated approval, with continued approval contingent upon confirmation of clinical benefit in subsequent studies.3 Table 1 lists the indications, usual doses, and selected interactions for these drugs. Table 2 provides brief reviews of additional new drugs or formulations that are also likely to be of interest to community practitioners. Selected new combinations are described in Table 3 (see Addendum, pages 12-13).
Format
This CE activity is a monograph (PDF file).

CE No Longer Valid
To receive CE credit, the participant must read the monograph in its entirety, complete the online post-test and receive a score of 70% or greater, and complete the online evaluation.
Pharmacy Technicians -
Be sure your profile has been updated with your NAPB e-profile # and birth date information BEFORE completing the online evaluation, or your credits cannot be reported to CPE Monitor.
Continuing pharmacy education credit is automatically reported to CPE Monitor once the post-test & evaluation are successfully completed.