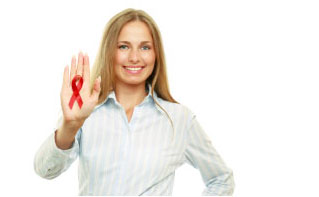 This CE activity was originally published in The Rx Consultant.  If you received credit for it previously, you cannot receive credit for it again.
Florida Licensees: This issue, together with the Supplement (pages 18 - 22) meets the requirement of the Florida Board of Pharmacy for a CE course on HIV/AIDS.

Thirty three years after the first case of acquired immunodeficiency syndrome (AIDS) was reported, 35 million people worldwide are living with HIV. About 2.1 million new HIV infections and 1.5 million AIDS deaths were reported in 2013. However, there has been significant progress in battling the disease over the last 13 years. Since 2001, the number of new cases has decreased by 38% in most of the world, and since 2005, AIDS related deaths have declined by 35%. Globally, 4.2 million people aged 50 years or older were living with HIV in 2013, a prevalence that has more than doubled since 1995. It is estimated that 50% of HIV-infected persons in the US will be older than 50 by the year 2015.

About 1.1 million Americans are now living with HIV infection, due to the availability of potent and better tolerated antiretroviral agents (ARVs) that prolong life. Starting ARVs earlier has reduced disease progression and deaths, allowing HIV to be managed as a chronic disease. However, complete viral suppression with ARV treatment does not fully restore health. About 50% of deaths are due to non-AIDS related complications, including cardiovascular, kidney, and liver diseases; cancers; and neurologic disorders often associated with aging. Metabolic complications including dyslipidemia and diabetes also occur. HIV “premature aging” is believed to result from persistent viral inflammation rather than ARV toxicity.

Can HIV be cured? Several cases of possible “cure” have been reported, but only one patient has remained virus free offARVs for more than 7 years. The “Berlin” patient is the only documented “cure” following an allogeneic stem cell transplant for leukemia. Two Boston men who underwent a similar stem cell transplant had the virus re-emerge off ARVs. Another potential cure was the Mississippi baby who received combination ARVs for 18 months before stopping treatment. The HIV viral load remained undetectable for 2 years off ARVs before HIV returned. Other cases are under evaluation, including an Argentinian woman who appeared “cured” after discontinuing ARVs for 7 years, and 2 Australian men who are virus free following stem cell transplants but remain on ARVs. These cases increase the likelihood that HIV can be cured, but most experts believe that a cure is unlikely in the next few decades. Extensive latent HIV reservoirs must be depleted before HIV is eliminated. Under investigation is whether starting ARVs earlier can reduce the reservoirs and increase “cures”. Studies of investigational medications to flush the virus out of latent reservoirs have been disappointing and are not moving forward.

This issue will focus on the most recently approved ARVs and updated information on prophylaxis. ARV therapy and non-AIDs related coexisting conditions such as bone loss and chronic kidney disease are also discussed.
Format
This CE activity is a monograph (PDF file).